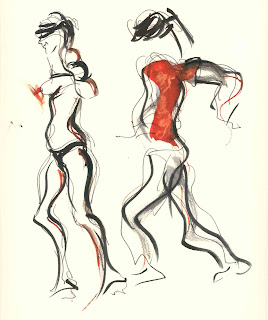 Jack the Whipper has folded and tied his right leg and is about to suspend himself by it.

Gorgone, puffing elegantly on an electric cigarette, says: 'This is going to be nasty.'

'YAARGH! WURRGH! WAARGH! I didn't think about this did I. Oh SHIT.' Jack reaches down to grab another rope from the floor and starts tying a harness round his chest.

'Should've done this first. It's not gonna be pretty but it is gonna be functional. Fuck it. Can't keep my leg up any more. Haven't tied anything for a month. OOH OOH CRAMP. Fuck being a rope bunny, this shit hurts. I didn't have anyone to tie for a year and a half. I've done single angle inversions on myself. At sixteen stone that hurts. AAARGH.' 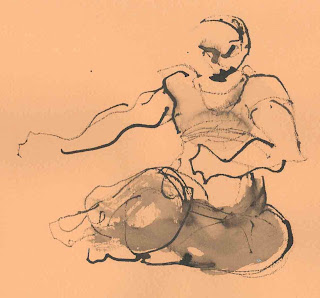 When Jack lets himself down from the ceiling a bunch of people gather round to sniff the oiled and burnt ropes. Jack thrusts a rope bouquet into Gorgone's face and she inhales blissfully.

Someone says it reminds him of a battle re-enactment society.

One of the bunnies has a migraine; after her show, it's gone.

Performers: Jack the Whipper and Zahara; Mo Saru and Bee Bzz; Sky Shibari and Roperunner, the new kid on the block who disorients his laughing, blindfolded model, dragging and pushing from directions which she can't predict.

More pictures, including members of the audience, if you scroll down. 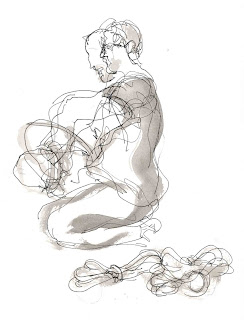 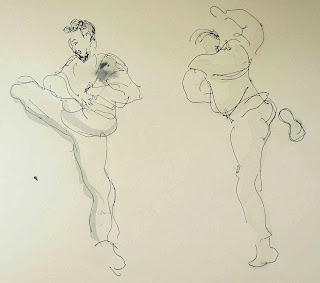 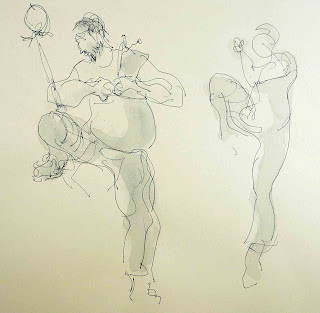 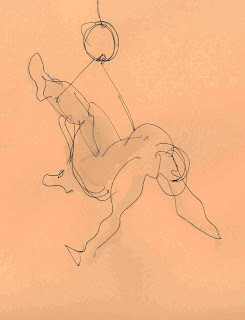 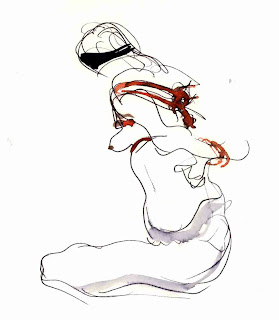 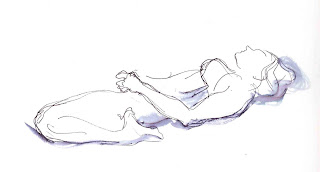 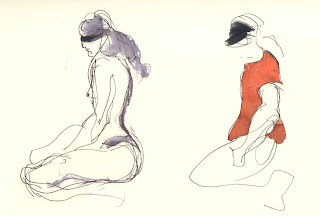 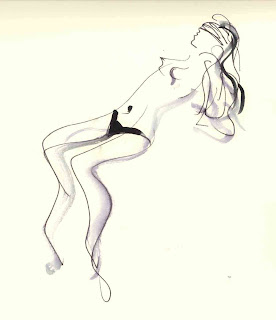 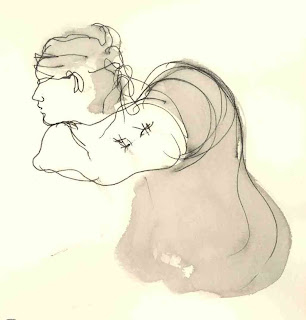 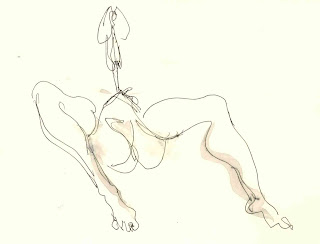 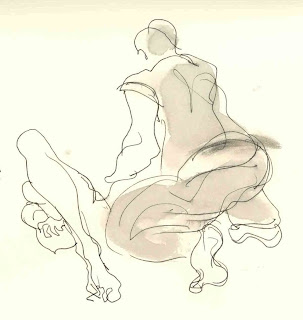 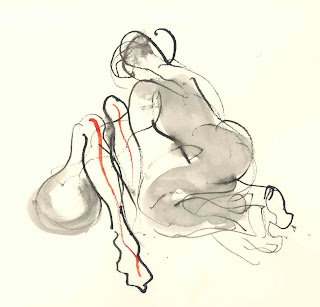 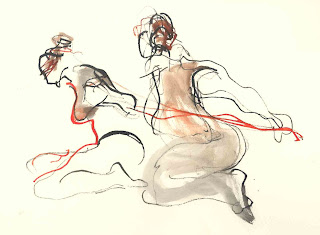 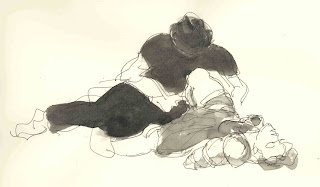 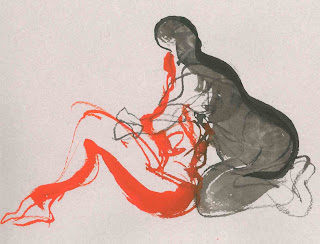 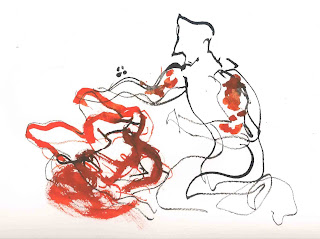 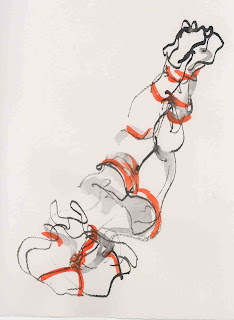 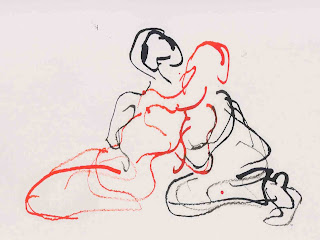 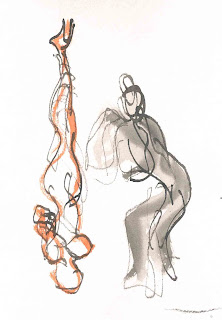 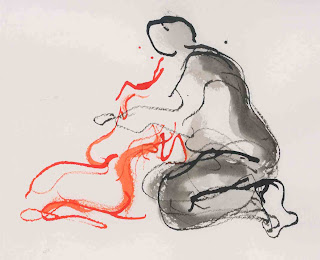 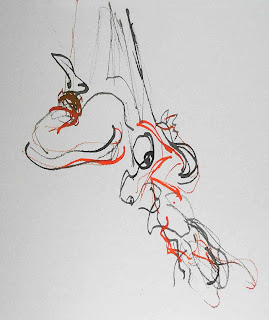 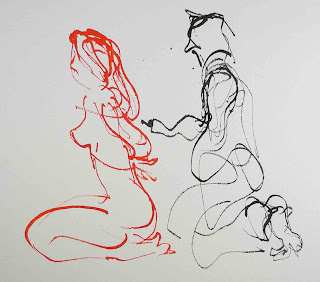 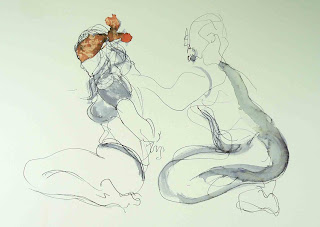 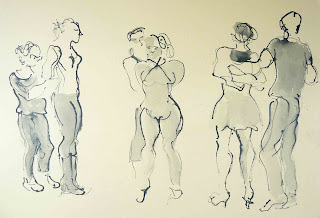 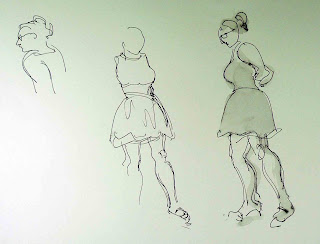 Posted by Isobel Williams at 07:31