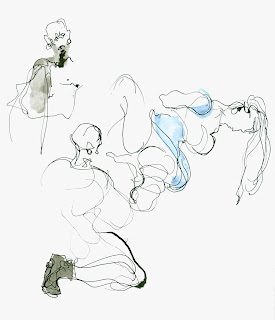 'Never get involved in a new publication,' my boss would intone, in the days when old publications were deemed to be safe. We did editing with pencils, rubbers, scissors, glue, a Rotadex full of jokes, and an art department along the carpeted corridor. They had scalpels and a more narcotic glue. The art director was chairman of the Royal Yachting Association.

We moved on. One of us married the chairman of a big four accountancy firm. One became the Duchess of Buccleuch.

And I got involved in a new publication. 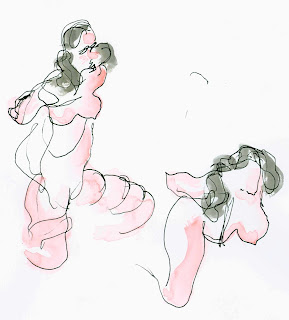 
My own involvement is a feature written and illustrated by me about drawing shibari for this blog, http://boulevardisme.blogspot.co.uk/. I'm very happy to have it in the launch issue. 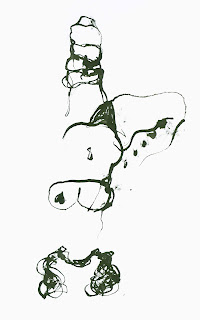 Posted by Isobel Williams at 04:25