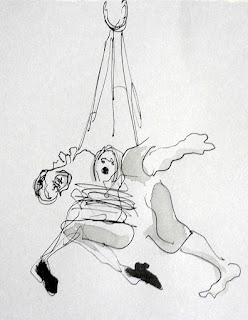 Thine eyes did see my substance, yet being unperfect; and in thy book all my members were written, which in continuance were fashioned, when as yet there was none of them. - Psalm 139, verse 16

Tiny Nina ties a big man; his hands are left free to cling to the rope as he is suspended from the ceiling. Ah, I think, this is a poetic gesture of submission. Hands are usually immobilised first so that they can't tug at the bonds.

No, hold on. He reaches down, grabs Nina, ties her and the two hang in suspension together. Genius. It's Nina's birthday.

And it's Gorgone's birthday. She is tied with firm precision by a Japanese girl who applies lipstick to her while she is suspended. 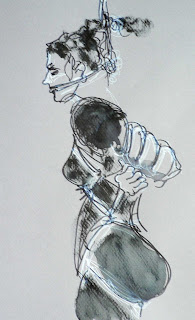 Vinciens ties Kenyade's tongue so that it becomes cold and dry.
'What's that like?' I ask her afterwards.
'I hate it,' she says.

But it's more complicated than that. Gorgone describes ropes as her oxygen. They animate her so that she feels like a golem, the formless creature of clay, given shape when the Hebrew word emet (truth) is written on her forehead. Ropes shape the shapeless.

'I was nothing and your eyes saw me,' says Gorgone.

Performers are Jack The Whipper and Zahara; Vinciens Taka and Kenyade; You Miumi annd Gorgone;
Nina Russ and Antoine Savalski.

Lots of pictures if you scroll down. 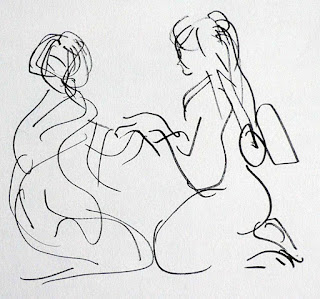 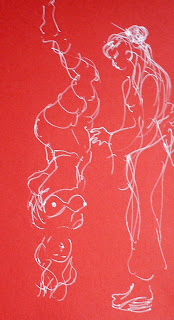 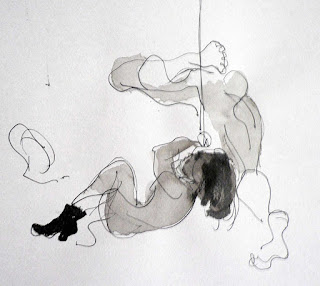 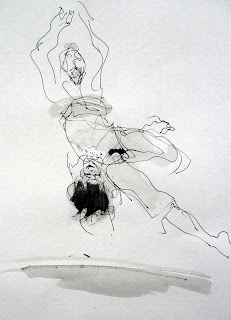 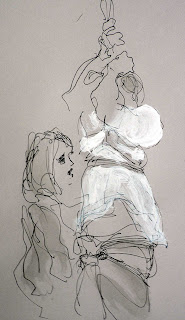 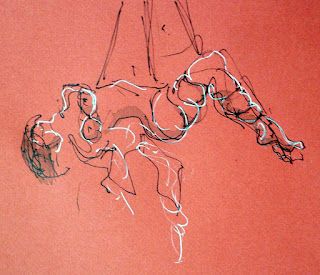 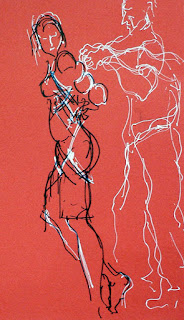 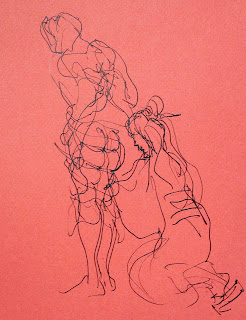 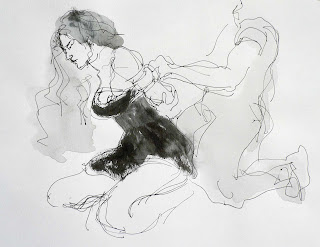 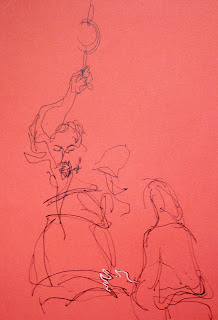 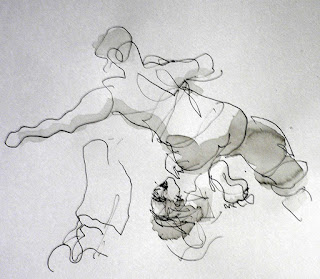 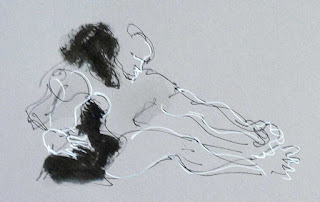 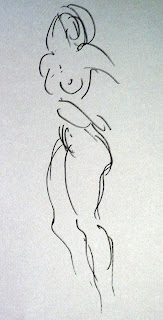 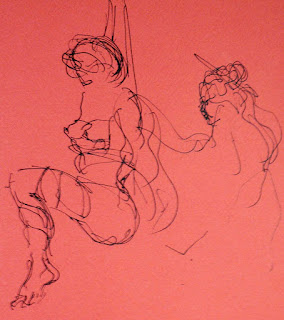 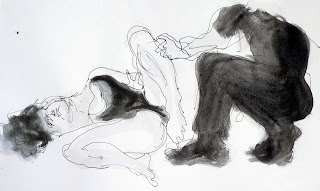 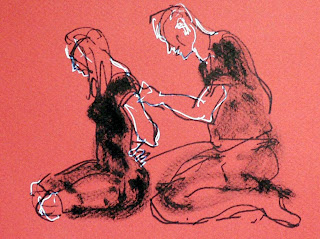 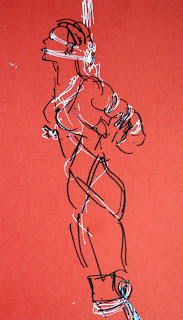 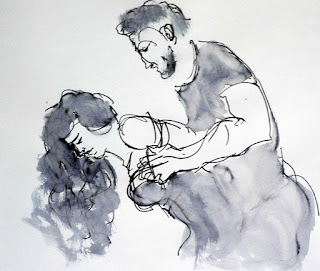 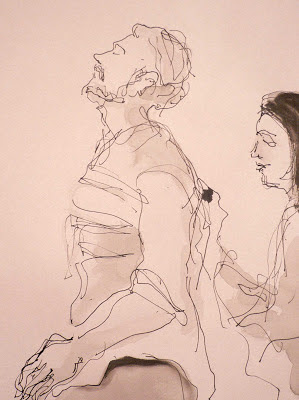 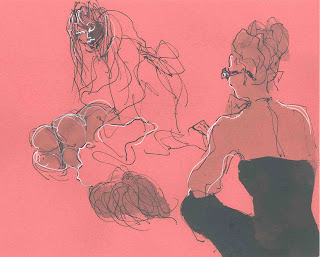 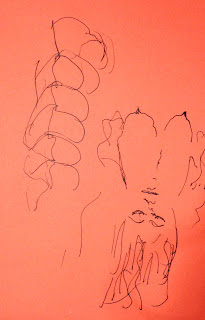 Posted by Isobel Williams at 16:41